Green NASA Technologies Businesses Can Use 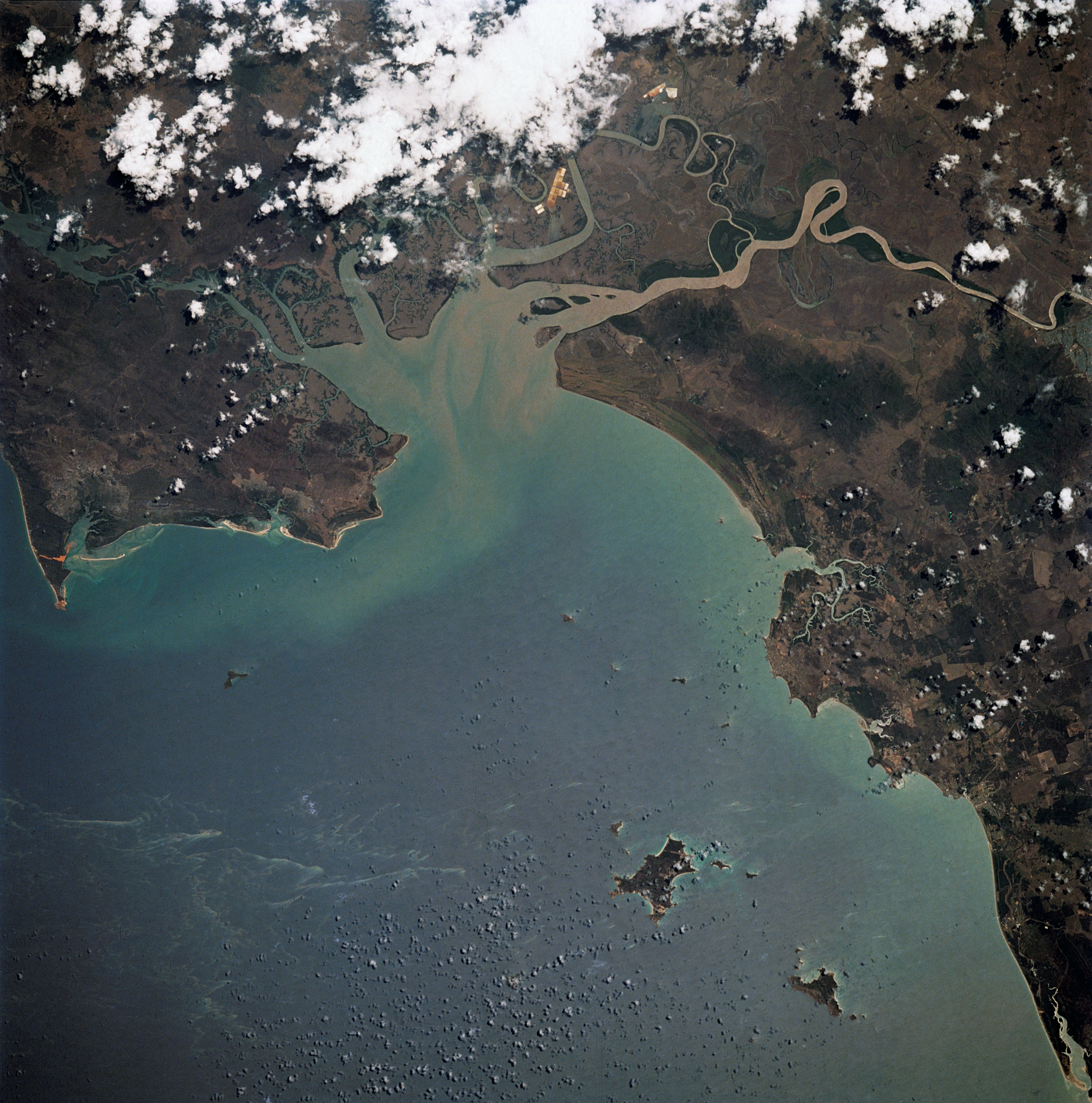 Algal blooms in the ocean, like those seen in this satellite image off the shore of Australia, can have harmful environmental effects -- but the plant itself can be harnessed for good. NASA has built a technology that uses the tiny green plants to clean wastewater and generate biofuel, and it’s available for companies to license. Credit: NASA 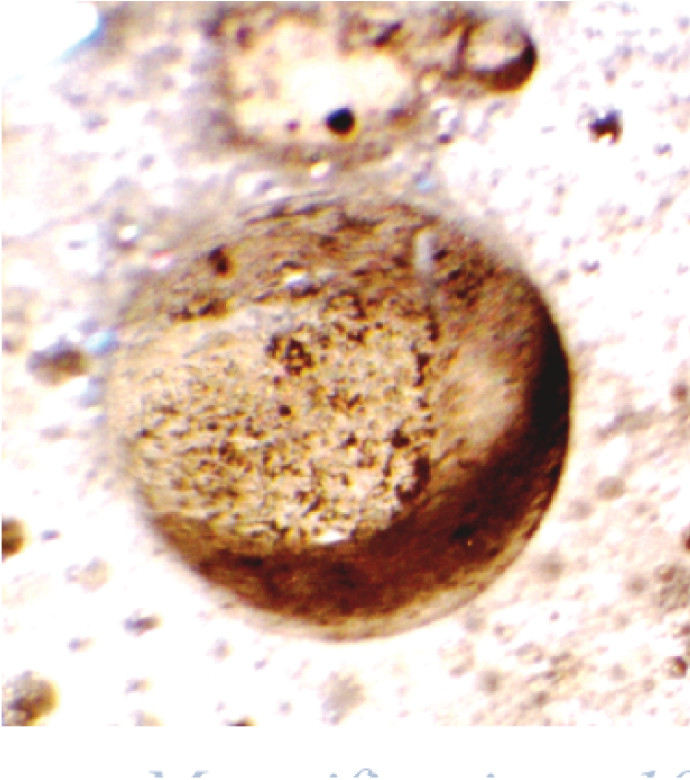 Particles of EZVI in a water-in-oil emulsion. NASA Kennedy originally designed EZVI to clean up after solvents used in rocket production, and it is now one of NASA’s most licensed patents. Credit: NASA 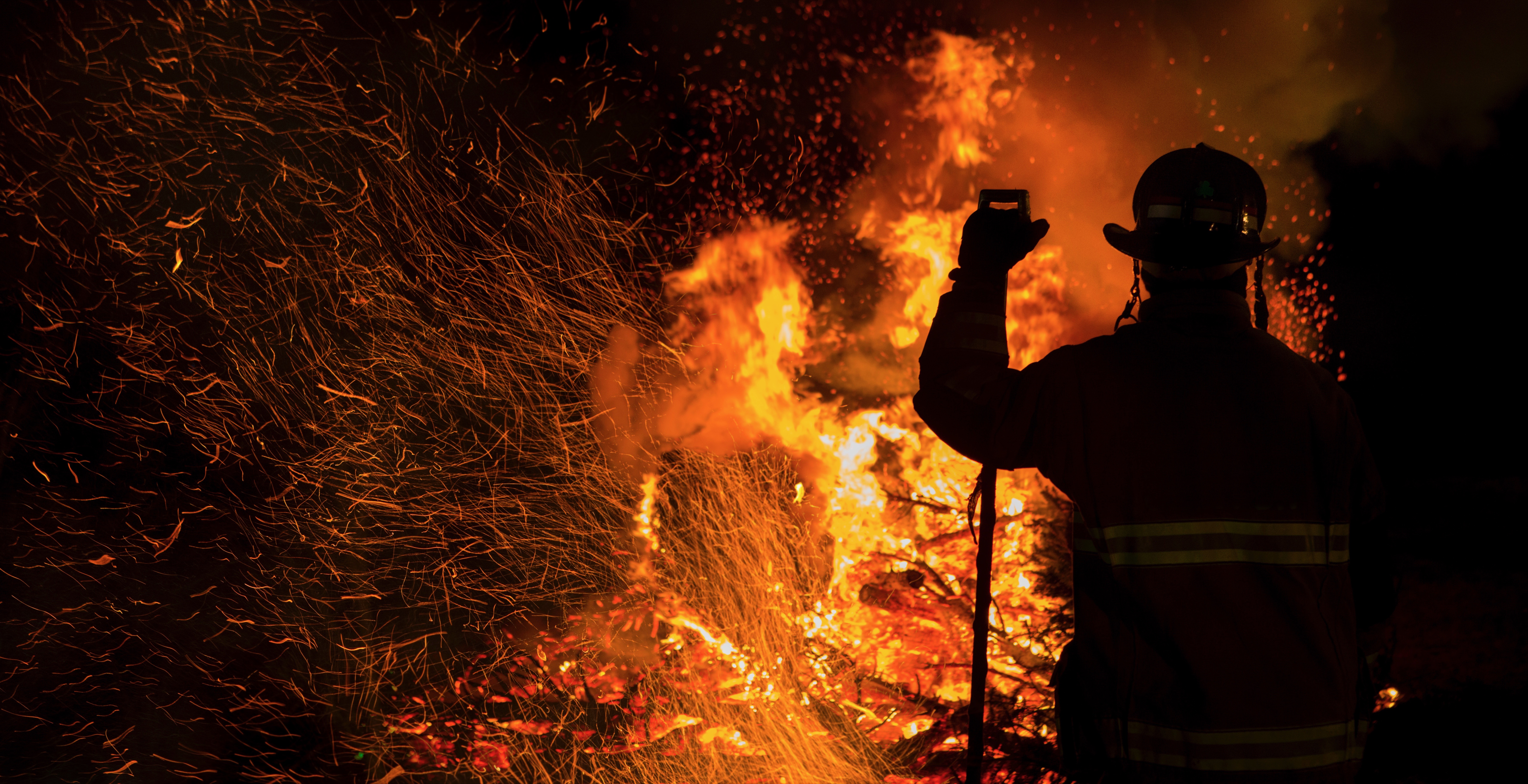 Particles of a non-toxic flame suppressor, originally designed for use on the launchpad, can now be licensed for firefighting purposes. Credit: Peterfactors via Getty Images
NASA does much more than explore space. We’re also about protecting Earth and the living creatures on it. Many of the technologies we’ve developed to support space missions have already been used protect the planet — not just by us but by all kinds of companies who take our inventions and turn them into everyday, Earth-saving products, from reusable water bottles that filter on the go to flexible solar panels.

But we’re just getting started. This technology transfer – of our inventions to the public – is actually a core part of our mission and something we’re always actively working to do more of.

So this Earth Day, check out this roundup of new technologies that we’ve got ready to for licensing. Can you turn these into the next generation of products and companies that our planet needs?

Astronauts aboard the space station are the pioneers of next-level recycling. With limited access to fresh water, being able to effectively clean and reuse wastewater is key. One of our more recent innovations removes nitrogen pollutants, such as ammonia, from water — which means it can also be used at dairy farms, hotels, water parks, municipal water treatment facilities and much more. Even better, the ammonia can then be used as an environmentally friendly fertilizer option, making this tech a two-for-one tool.

Another way to get cleaner water is as a by-product of an algae-based photobioreactor based on NASA’s long work on closed-loop life-support systems. Harvested for everything from diesel fuel to fertilizer, algae is the tiny plant that can do almost anything. Now, thanks to this NASA cultivation system, you can grow algae in its perfect environment — scummy waters. The water around the unit’s membrane provides cooling and mixing action from the waves to gently encourage the algae to grow. As the tiny plants grow, they feed on nutrient-rich pollution and carbon dioxide, leaving cleaner water behind. And the algae can also be used for cosmetics, food additives and renewable energy.

We’ve also developed technologies to correct some of our own environmental missteps of the past — and these too have much wider potential for use around the globe. During the early history of the space program, areas around Kennedy Space Center were polluted with solvents used to clean Apollo rocket parts. Left untreated, these chemicals could contaminate freshwater sources. To make matters worse, they were not easy to remove and could take decades to clean with traditional methods. To fix these problems from the past, Kennedy engineers developed a groundwater treatment technology that is quick and effective and won’t further hurt the environment. NASA’s emulsified zero-valent iron technology is injected into contaminated soil and sediment, where it reacts with the hazardous chemicals and causes them to degrade into ethene and other hydrocarbons. You may start seeing this tech soon in cleanups around pharmaceutical, chemical and paint manufacturers, because it recently became one of NASA's most licensed patents.

The tiniest of particles can cause big problems in sensitive devices such as those on the space station. On top of protecting life-sustaining equipment from dust and debris, NASA engineers also needed to develop an air filter that didn’t need to be changed often, since every chores become much harder in zero gravity. They created a system that cleans itself through a feed mechanism that also features multiple levels of filters, keeping the larger particles out of the more complex (and more expensive) HEPA filters. These unique features make this technology useful in air and gas systems, commercial aircraft, submarines and other applications.

Fighting fires often used to require toxic and environmentally harmful chemicals, such as halon. To help protect the ozone layer and the life underneath it, NASA engineers created an environmentally friendly flame suppressant that uses water mist microencapsulated in flame-retardant polymer capsules. The polymer keeps the water from evaporating when it comes into contact with extreme temperatures. This NASA flame suppressant can replace materials, such as halon and dry powders, currently used in fire extinguishers.

Stay Hydrated in the Great Outdoors
For conservationists working in the field, explorers or just your average fan of the great outdoors, NASA is offering a unique, personal-sized container, created by an astronaut with a passion for climbing mountains, that prevents water from freezing in extreme environments. The pouch is insulated with a lightweight aerogel material and can hold up to three liters of water. How do we know it works? We field-tested it on Mount Everest.

Interested in licensing any of the technology mentioned above? Follow the links to apply through our website. You can also browse our entire technology portfolio here.