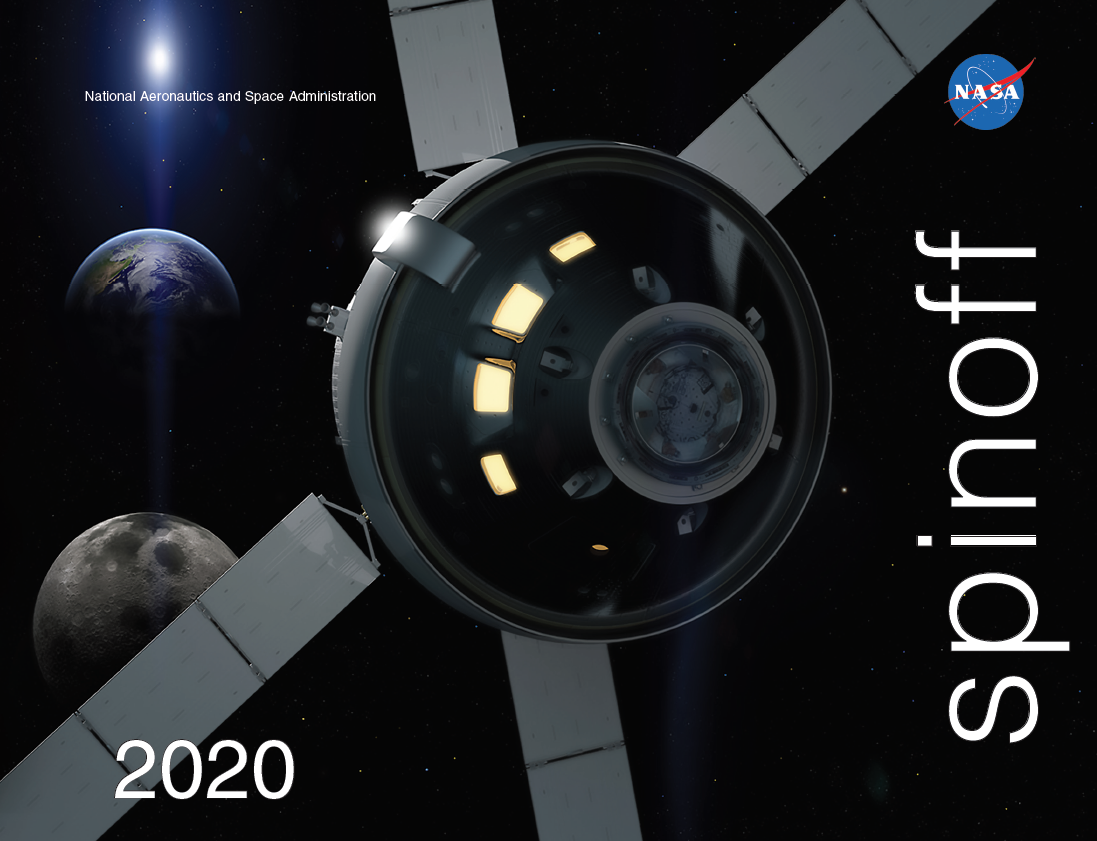 NASA has released our annual edition of Spinoff, highlighting all the ways NASA technology makes life better on Earth. This year’s edition of Spinoff includes technology to make the air space safer for drones, a camera that will help cars drive themselves, and much more. Watch the video and read more at spinoff.nasa.gov.

As NASA pushes the frontiers of science and human exploration, the agency also advances technology to modernize everyday life on Earth, including drones, self-driving cars and other innovations.

NASA’s diverse missions spur the creation and improvement of thousands of new products that make life better for people around the world. Dozens of the latest examples are featured in the newest edition of NASA’s Spinoff publication, including several examples illustrating how NASA is working to shape the coming revolution of autonomous vehicles on the roads and in the air.

“NASA engineers, scientists and technologists innovate the tools we need for the Artemis missions to the Moon and exploration beyond, but our mission also is here on Earth,” said Jim Reuter, associate administrator of the agency’s Space Technology Mission Directorate (STMD). “Whether it’s a new application for a technology created for space or our extensive work to modernize and innovate aeronautics, our work has had immense benefits for all kinds of transportation technology on Earth – not to mention in the realms of medicine, the environment, and public safety.”

In this issue of Spinoff, readers will learn how:
• A former astronaut has used his experience with robotic controls for the International Space Station to create a more intuitive controller. Today, it can be used to pilot drones, but in the future he hopes it will improve robotic surgery
• NASA’s partnership with the Federal Aviation Administration and private companies has led to new tools that allow remotely piloted vehicles to safely fly beyond line of sight. These tools already are delivering blood samples, assessing the safety of bridges, and could take over package delivery
• High-speed laser cameras can identify hazards faster and more accurately, helping enable self-driving cars – and autonomous submarines

Other stories of NASA technology in your life include:
• Telehealth monitoring systems originally developed to track Gemini astronauts’ vital signs from the ground that now help save lives at most hospitals around the world and are starting to help patients at home, as well
• A game-changing approach to building supercomputers from clusters of off-the-shelf PCs that paved the way for supercomputers to be used to help design everything from sneakers to supersonic jets
• A metallic glass coating, developed over decades with NASA that helps power plants avoid emergency shutdowns, saving millions of dollars in operating costs.

“Technology is a means to an end. But sometimes there are more ends than anticipated, and the technology created for one purpose here at NASA finds new life in applications for U.S. industry and daily life,” said Daniel Lockney, executive of NASA’s Technology Transfer program. “As a result, NASA technology doesn’t just improve quality of life on the ground – it also creates jobs, saves money and even saves lives.”

The publication also includes a “Spinoffs of Tomorrow” section, which highlights 20 NASA technologies available for license, including a nanosensor array that can diagnose illness by scent, a drought assessment and prediction system and a computer monitoring system that alerts when hackers try to infiltrate.

Spinoff highlights the many successes of the agency’s Technology Transfer program within STMD, which is charged with finding the widest possible applications for NASA technology through partnerships and licensing agreements with industry, ensuring that NASA’s investments in its missions and research find additional applications that benefit the nation and the world.

Print and digital versions of the latest issue of Spinoff are available at:

An iPad version, including shortened versions of the stories, multimedia and interactive features, is also available for download in the iTunes store.