When an Exclusive License Might Be Right for Your Company 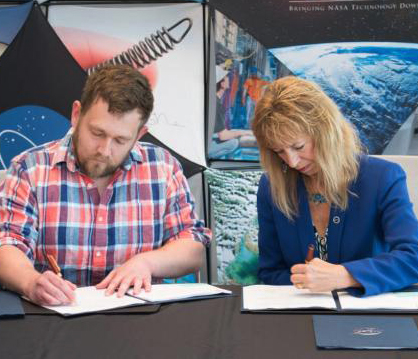 So, what is the difference between an exclusive and a non-exclusive license agreement? There are several factors, but every company should consider four major differences: rights, costs, expectations, and public announcement.

Rights:  When NASA grants an exclusive license, it means that it agrees not to issue any other licenses with the same rights that fall within the same field of use.  In other words, NASA may grant other licenses for the same technology, but not in the same field of use.  Oftentimes, an exclusive license will also allow the licensee to sublicense the technology to others, thus generating additional revenue streams.

Expectations:  If an exclusive license is granted worldwide to one company, then that company represents the only opportunity for that technology to reach the marketplace.  In return, NASA needs to be sure that such a company truly has the plans and capability to commercialize the technology across all possible fields of use.  The more narrow the license, however, the more limited are NASA’s commercialization expectations and agreement terms.

Many of NASA’s technologies are at an early stage of development, where a prototype may or may not have been generated, for example. There are exceptions in which the technology may be commercial-ready, but additional investment and development is often necessary to use such technology commercially. NASA offers a short-term (approximately 12 months) non-exclusive research license agreement for companies to prototype and test a technology.  The research license is often a great way for a company to look “under the hood” and consider how a technology might fit their business before embarking on a commercial license.

However, many companies ­– especially startups – that need funding to develop the NASA technology into a commercial product or service have been told by their advisors or investors that they need some type of exclusivity. Exclusivity gives investors the peace of mind that no other company can use the NASA technology for a particular commercial application. Many angel or venture capital investors understandably won't consider investing in a technology that lacks exclusive rights. Sometimes, a technology may not be available for exclusive licensing because the licensor already has a non-exclusive or a partially exclusive commercial license agreement with another company.

This means licensees will get rights to a technology, and in return, they will comply with the commercialization plan. If a company is interested in a technology and has plans to pursue multiple commercial applications, an exclusive license may be the best path forward.

Field of Use Creativity

As already discussed, field of use is a restriction placed on a license that can be based upon application areas.  The license could be defined to include, or exclude, a given field of use.  Coupling field of use with different types of exclusivity, geographic areas, and timelines provides the opportunity for much creativity when licensing technology.  For example, say NASA has patented a novel metal alloy that can be used in combustion engines, medical implants, and tennis rackets.  The same technology could be licensed exclusively to an auto maker for worldwide use for the life of the patent, partially exclusively to three medical-implant manufacturers in the US only for ten years, and non-exclusively to anyone making tennis rackets anywhere except the US for three years.  Countless combinations are possible to optimize getting a NASA technology in the hands of companies that want to use that technology for the public good and corporate profits.

The next time your company finds a great NASA technology to license, you may want to ask yourself the following questions:

Better yet, ask one of the NASA licensing managers these questions–we are here to help!